So Eli and I heard that Maroon 5 was coming to Hershey and OF COURSE we HAD to go since they are one of our FAVORITE bands...although I might be slightly more obsessed just because of the Adam Levine default!

The bonus came when we found out that Maroon 5 was touring with Sara Bareilles (love her) and Counting Crows (featuring Side Show Bob from the Simpsons...but we will get to that later).  It was an AMAZING concert, of course it didn't hurt that we had 5th row center tickets!

Here are a few of our favorite pics...

The concert opened with Sara

She had a fantastic voice and played the piano while she sang a few songs...keep your eye on this one!  She will be around for a while.  She also mentioned that she went to college with Maroon 5...I can only imagine what kind of stories she has about those guys! 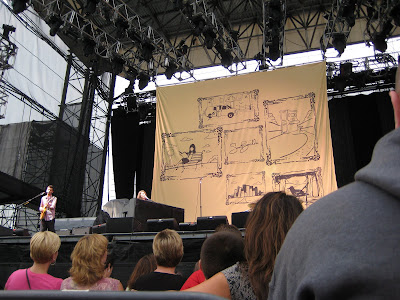 She is so cute! 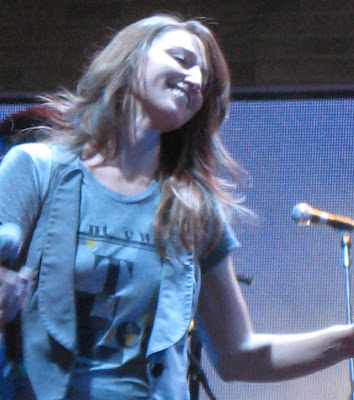 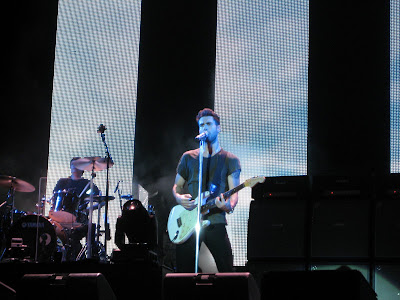 Adam vs James in dueling guitars 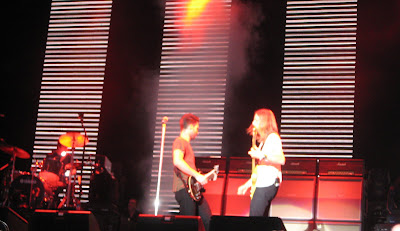 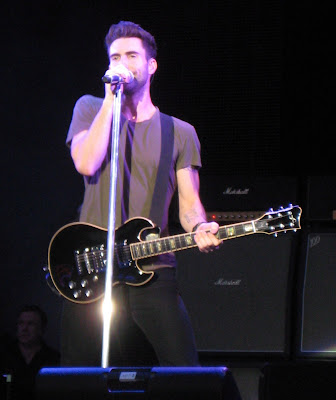 Butt shot for all you ladies! (Actually I think Eli took this for me, thanks honey!) 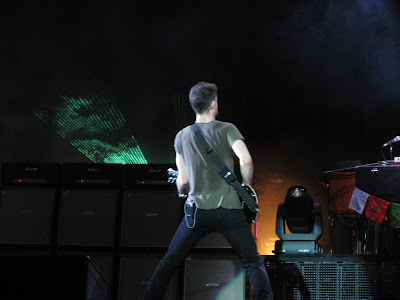 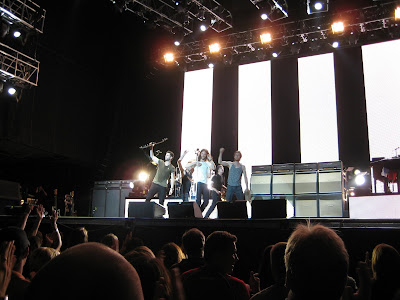 Then came Counting Crows, which I must admit I haven't listened to their stuff since high school.  They were actually really good live, I think it was due to their "herbal aid" that they were so "relaxed" about the show! 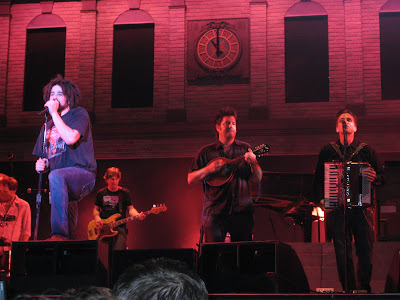 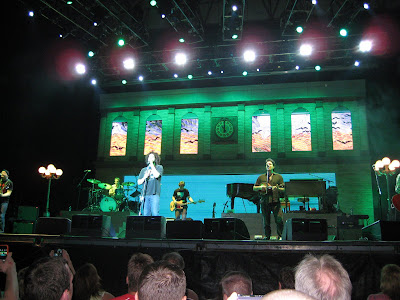 Ok is it just me or is Adam Duritz Sideshow Bob from the Simpsons? 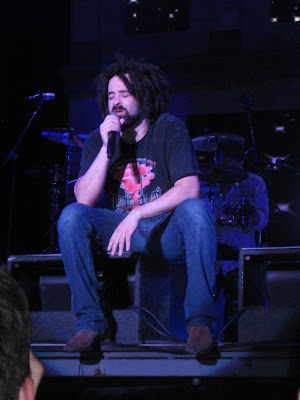 Here we are drenched in sweat but having the BEST time.  Concerts are some of the best people watching, check out the background peeps!  Ok, scary man about ready to go postal on the place and that poor woman picked the total wrong time to lean over! 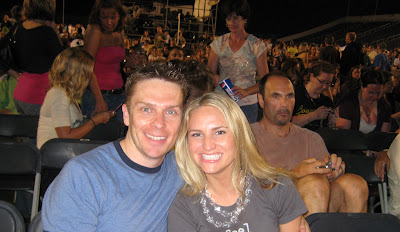 We had a fabulous time!!
Posted by Jennifer at 7:42 PM

Counting crows guy STILL has the dreds?!!! Dude, get rid of them! What a fun concert! It has been too long since I have been to one.

Okay, so I thought the girl singing was you for a minute rocking out in the crowd! Dangitt. I'm sad it wasn't. There is something totally hot about Adam...

now you totally have me in the concert mode, that looked so fun!

So glad I found your blog. Now I can stay up to date on what you guys are doing! We need to catch up soon.

NO WAY! That is so cool! We would have loved that concert! Are you home yet?