Despite what you may think there are definite perks to living in Central Pennsylvania and a quaint hometown apple festival is one of them. Sister was in town two weekends ago (little behind on the posting since sister had all the pics, thanks again since my camera died!) on her way back to Boston from visiting the hubby in Indy...yes they are living apart for a year while she finishes her residency in Beantown. We feel so sad for her but are so happy to see her as she passes through from time to time!

We embarked on our adventure into no man's land (really and truly) and attended the annual Apple Festival in the middle of a privately owned orchard. What a ball! It was filled with delicious homemade apple treats and delightful little treasures from the locals. We loved every minute of it. Here are some pics from our trip! 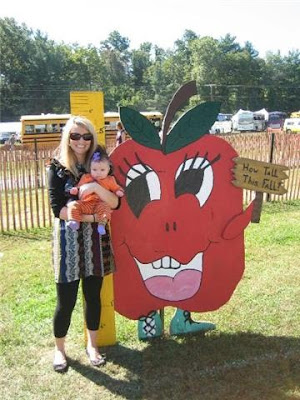 A local Bluegrass band played and it was lovely! Notice all the "old folk" sitting in for the entertainment. 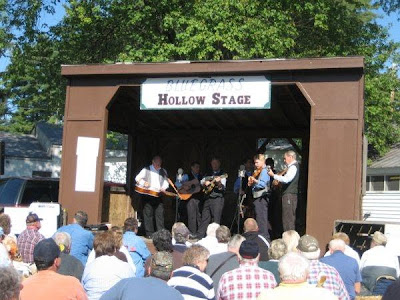 Pennsylvania is famous for their railroads, here is one of the antique trains for display. 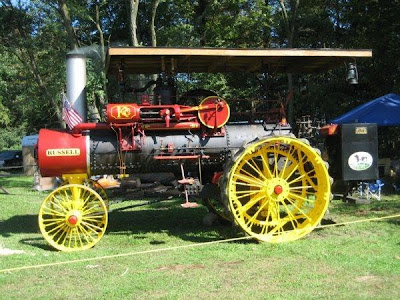 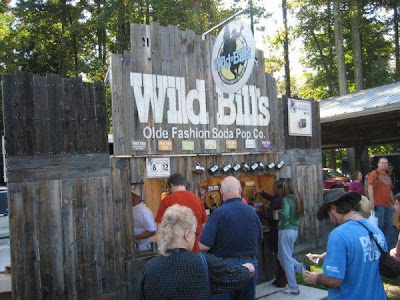 Ok, we were totally out of the festival and noticed the cut outs that we missed...needless to say we HAD to go back to take some photos. We are such SUCKERS for the cut outs!

Here is little one peeking through the apple, I just want to smooch her face off!! 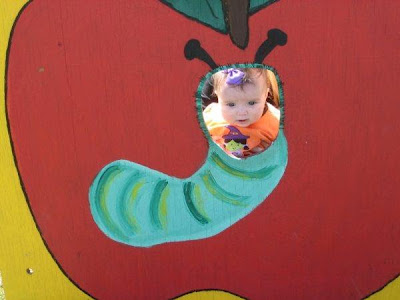 Sister as the scarecrow 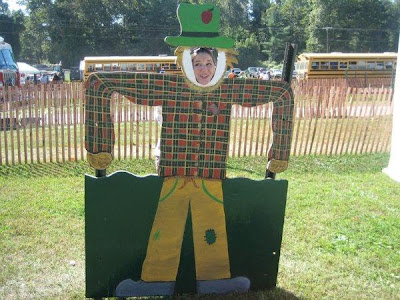 Yes, I had to have my picture taken too! 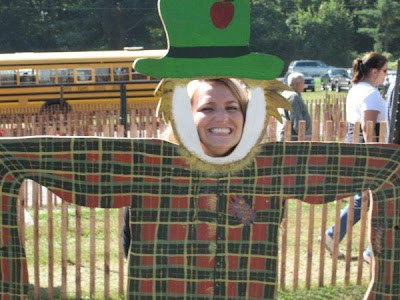 Had to make a pit stop for little one....still getting used to that :) Although I would say I have mastered the quick diapee change. I think I could win in a race 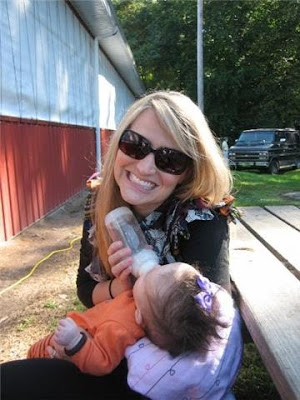 Here are the orchards, not a very good pic but you get the idea. They covered the rolling hills of PA and the festival was just on the other side of that hill. Very picturesque. 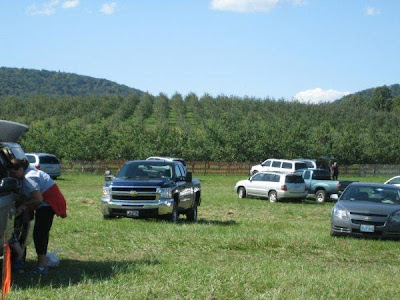 Here is sister with the little one just chilling in the beamer before we took off to the pumpkin patch. It actually turned out to be such a nice sunny day she was a little sweatball in that outfit. 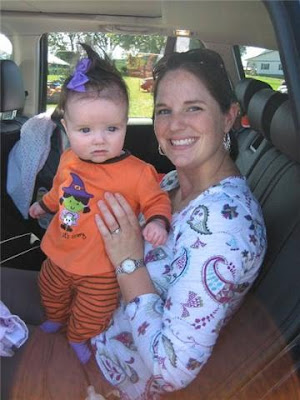 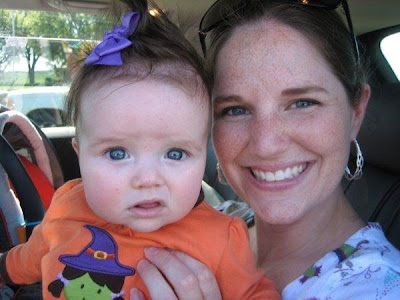 From the festival we took off to one of the local farms to pick up some lovely home grown mums, fresh veggies and homemade peach preserves. I made a peach crisp with mine the next morning and it was to die for! So yummy.
Just outside the country store. 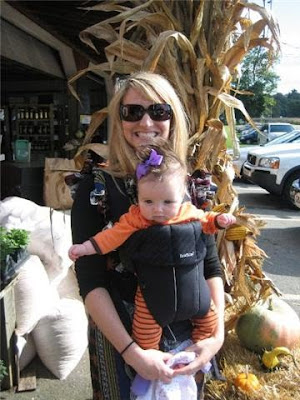 Me and G in the field of mums. They are EVERYWHERE in PA. All from local farms and so thick and full. Sister bought one to take back to Boston since they don't grow them up there like they do here...not to mention you get them for the local price, such a steal! 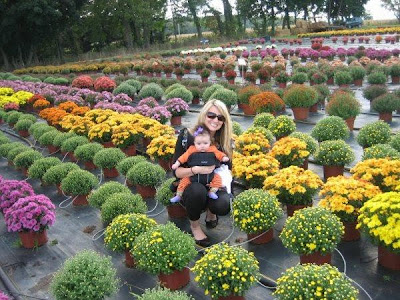 This is about as far as we got in the corn maze...with G we didn't think getting lost in all the corn would be the best idea :) 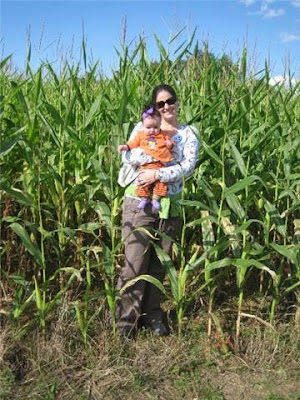 Attempting to get her first picture at the pumpkin patch. She is wearing her cute Halloween outfit from Gigi...love it! She was obsessed with something on the ground so she wouldn't look up. 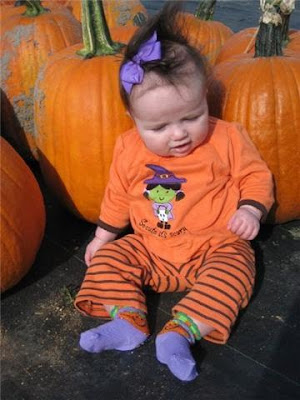 Finally that cute face and *sigh* that double chin...I just love it! 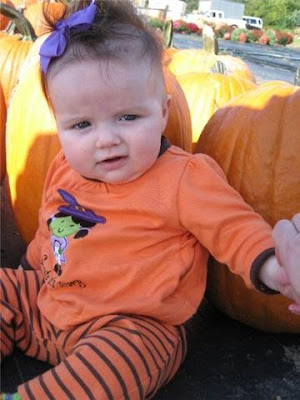 We had a wonderful weekend with sister! Come visit soon we love and miss you!

How funny! Did you copy my last post?! Go look at it. G is so cute. I wish she and Ella could play!

Cutest little bug ever! She is precious! I'm so glad you guys got to have such a good visit. I know J loved it! I can't believe how fast your little lady is growing up!

I am so bummed we missed the Apple Festival again, Definitely next year.

Thanks for making the peach crisp. YUM!

Her pumpkin pics are like all the pumpkin pics of my boys, The ground must me more amusing than the smiling mom saying, "smile"

You make me want to move to Pennsylvania!

You look great! And your daughter is taking after you- what cuties. Looks like you had a blast. I am so happy my girls with have that (time with sis's) opportunity since I never had a sister.

Gwyn is SO BEAUTIFUL!! I am so happy for you guys!

Maren kept having me bring up the pics of Gwen. She really needs a sibling to end this baby obsession! I am so proud of you! Isn't it weird what having kids does to us? So fun being able to keep up with you guys. I am so happy for the 3 of you. I hate that you live so far away!